The Royal Botanic Gardens, Kew announce Bananarama as the final headliner for Kew the Music 2020. They will be joined by legendary vocalist Gabrielle and X-Factor alumni Rebecca Ferguson on Tuesday 7th July – making Kew the Music the ultimate night out in London this summer!

Headliner Bananarama say, “We’re incredibly excited to share that we’ll be performing at the iconic Kew Gardens! In honour of the occasion, the audience can definitely expect a fun packed show from us. We can’t wait to bring that warm nostalgia with everyone’s favourite songs, as well as some tracks from our new album In Stereo”

Originally formed as a trio in 1981, Bananarama became an omnipresent staple of the British pop music scene in the 80s consistently producing hit after hit. Timeless classics including ‘Shy Boy’, ‘Cruel Summer’ and ‘Really Saying Something’. Their staying power would ultimately be solidified when they released ‘Venus’ which topped the US charts in 1986.

Famed for her raspy tones, Gabrielle redefined what a female pop star in the 90s could be. Using her sweet vocals and gift for songwriting as an anchor, Gabrielle has been responsible for some of the UK’s most pre-eminent hits. ‘Dreams’ and ‘Out Of Reach’ still resonate with audiences worldwide today. 2020 marks 20 years since her iconic record Rise. Plus, her UK shows this year follow the release of her sixth studio album Under My Skin, which was released last year, her first in 11 years.

Best known for her appearance on the seventh series of the X-Factor in 2010, Rebecca Ferguson and her vintage vocal stylings has released four critically-acclaimed albums, all reaching the UK Top 10 and receiving praise for their modern spin on soul, blues and jazz.

Rebecca says, “I’ve wanted to play at Kew gardens for so long I’m really excited to see you all there”

Gabrielle adds, “I can’t wait to perform at the beautiful Kew Gardens this year. With it being the 20th anniversary of ‘Rise’ this year, I can’t imagine a better time to get on that stage and take fans on a journey celebrating all the incredible songs we’ve shared together”

Bananarama, Gabrielle and Rebecca Ferguson will be bringing a night of fun and nostalgia to Kew Gardens with their biggest and best hits – so music lovers… get ready to sing your heart out 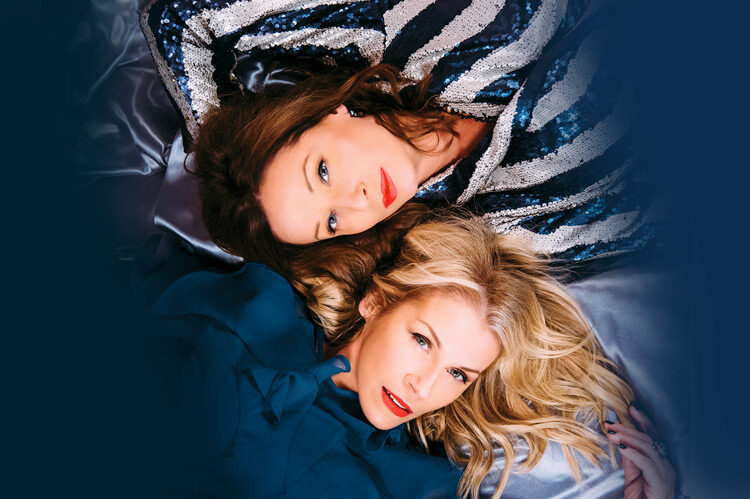 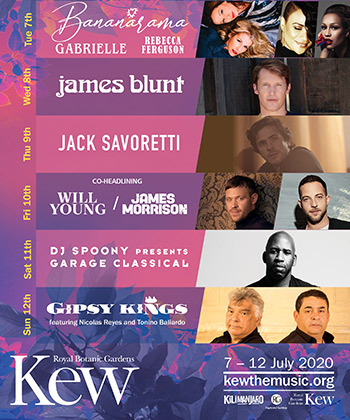